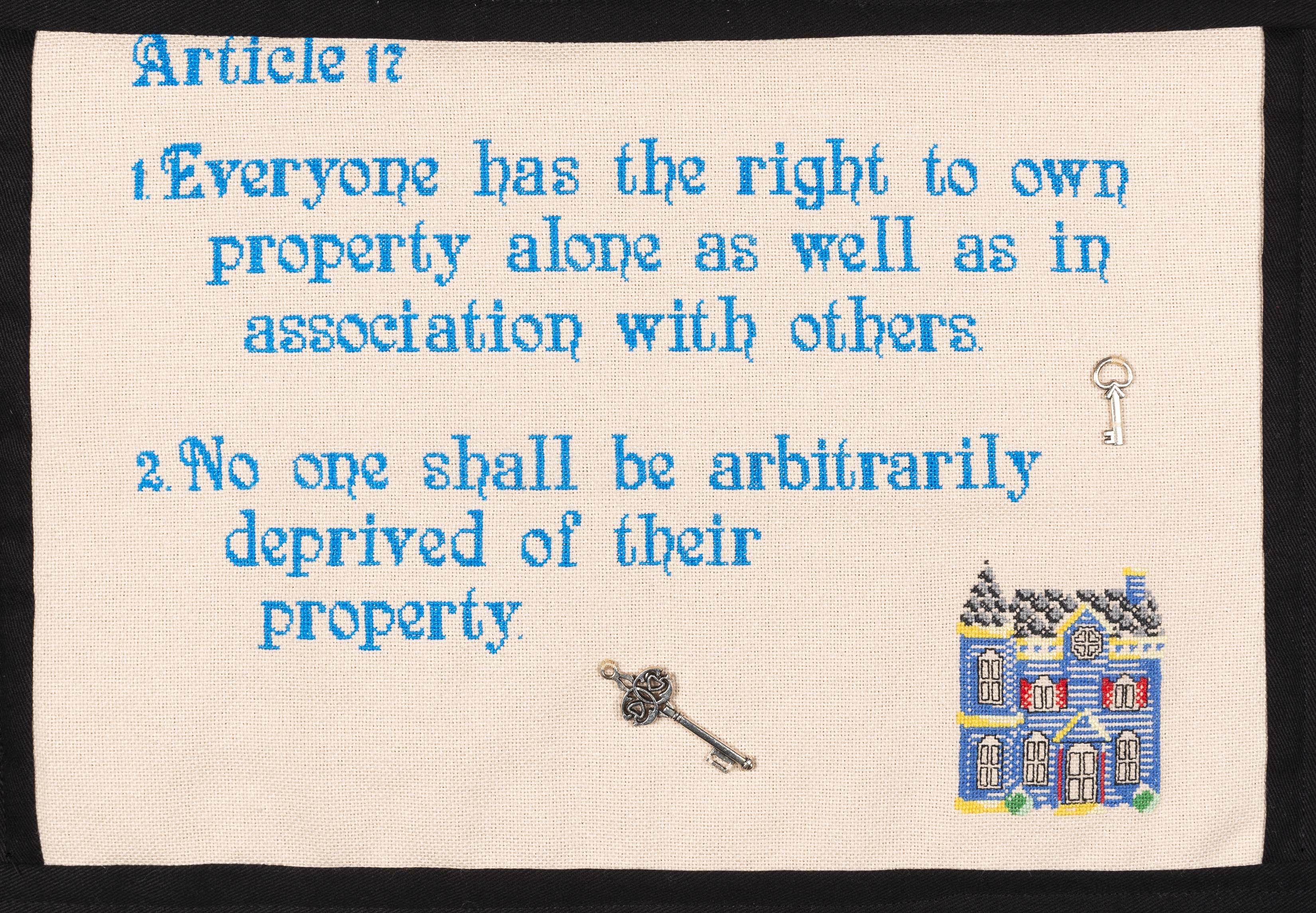 Everyone has the right to own property alone as well as in association with others. No one shall be arbitrarily deprived of his property.

Ireland during the 2000s had rapid economic growth. In 2008, the property-bubble burst following the collapse of the banking system; the banks had lent exorbitant amounts to developers and homeowners and there were no regulations. Enter the recession! Homes and properties were not worth the value of the loans and mortgages. This, combined with rising unemployment, meant many people lost their homes.

Homelessness is also down to a poor public-housing system and a growing private-rental market. Ten years ago, one in ten households lived in private rentals; now it’s almost one in five. With the lack of affordable houses, more people are struggling as landlords increase their rents. In 2017 alone, one charity supported over 14,000 people.

Cross-stitching is traditionally a domestic craft. This is suitably ironic, given the subject matter. I chose a box-tea-dyed evenweave cloth. The brown reminded me of the colour of earth, where the foundations of a home are set. 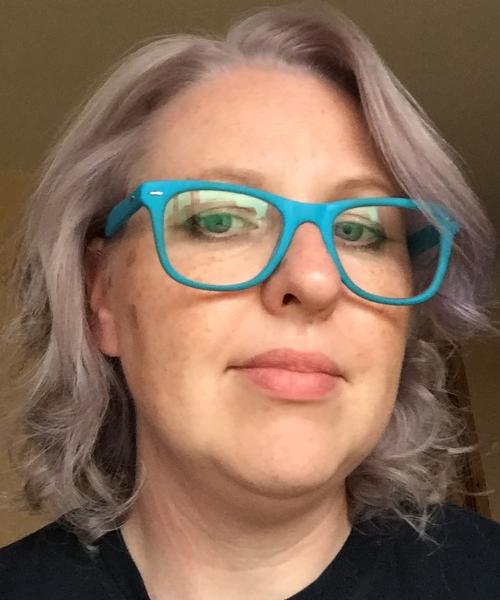 Judy O’Riordan is a printmaker, textile artist, maker, collector and chancer who lives and works in Limerick, Ireland. Since she was a young child, Judy has followed in her aunt’s footsteps and has always been making things, either sewing, knitting, crocheting, painting or gluing things together. She wanted to go to art college when younger but discovered work, and liked getting a wage at the end of the week!

Finally, she got to go to art college as a mature student and obtained her degree in printmaking and contemporary practice in 2015. During her studies, she taught herself how to cross-stitch and used this form as a way of expression. Judy’s work focuses on social topics which people find hard to talk about, such as domestic violence against men, violence against children and the mind of serial killers. She finds cross-stitch a perfect technique to use for articulating her work.

Judy is a modest, quiet person who believes in social democracy but prefers to express and make social comment through the form of craftivism. She also uses cross-stitch sometimes to just express her own feelings and profanities! Her work has also attracted a number of commissions, including creating a piece for a book cover. Judy has also exhibited a piece in an exhibition in Limerick for The Limerick Spring – Festival of Politics and Ideas, where the theme was ‘Hope in uncertain times’.

Cross-stitch, for Judy, is relaxing, slow, rhythmic and meditative. She loves the calming effect it has on her while also giving her the courage to express herself. She uses her needle and thread as her drawing tools and loves what can be created with them.

Other blocks about Article 17 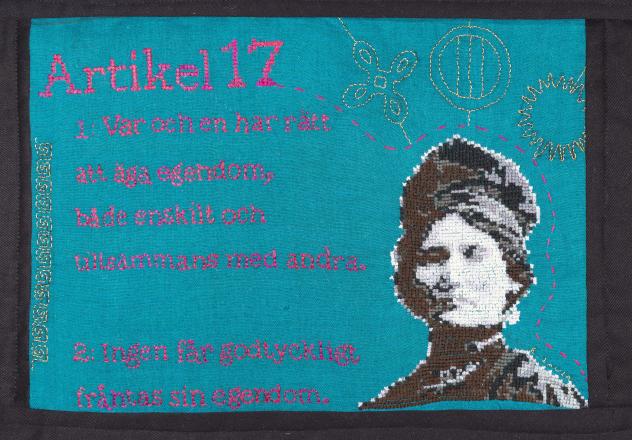 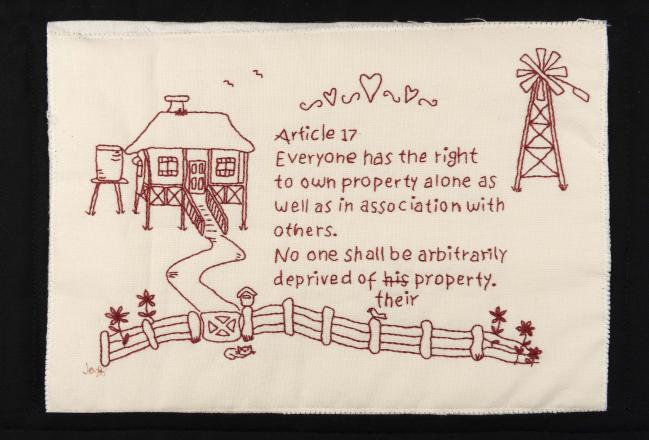 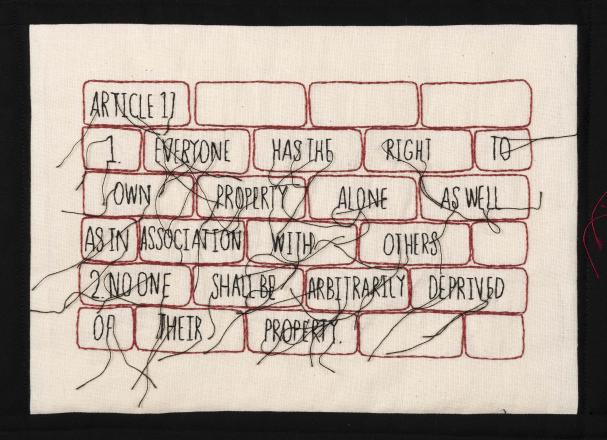