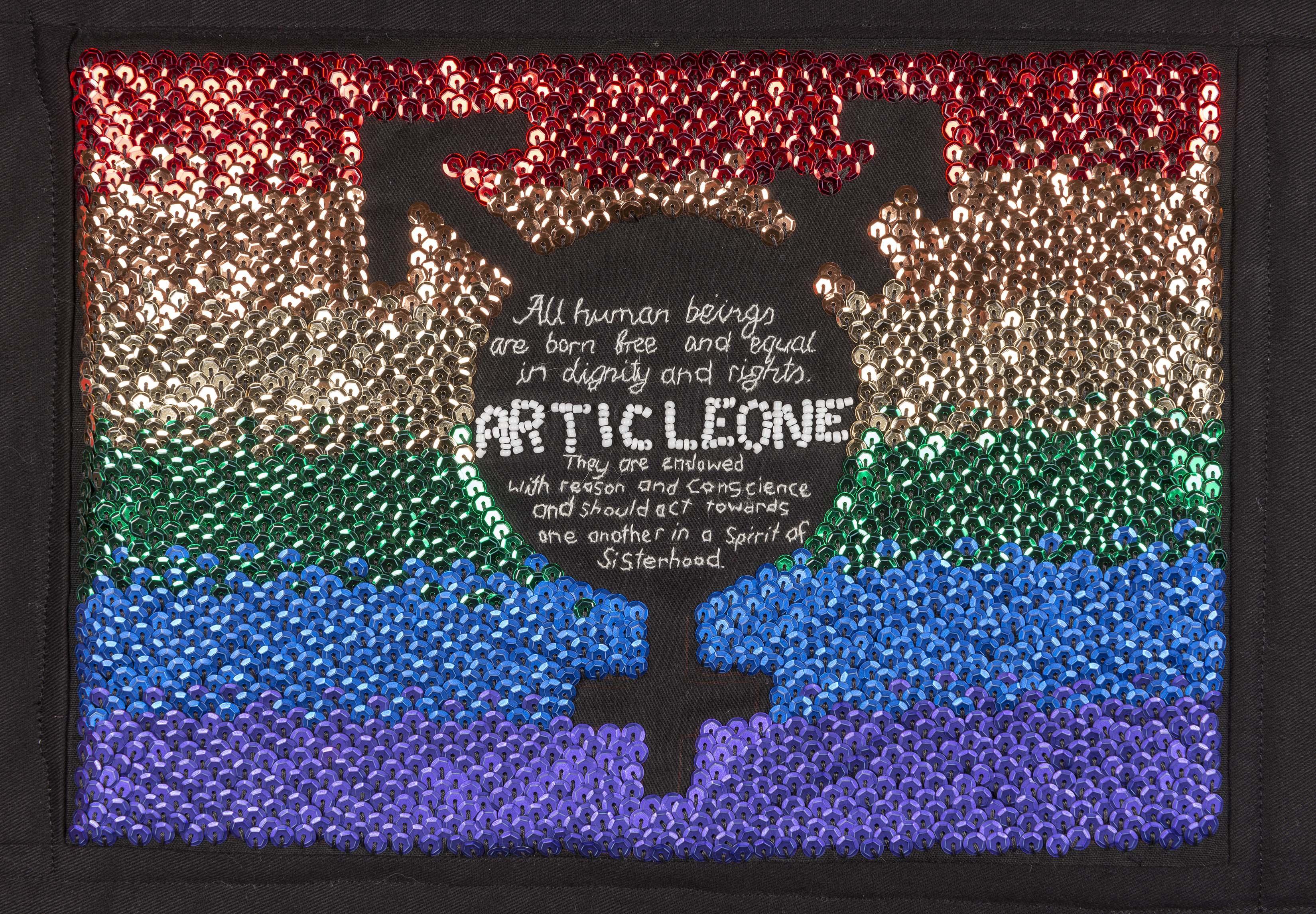 All human beings are born free and equal in dignity and rights. They are endowed with reason and conscience and should act towards one another in a spirit of brotherhood.

Not being much of a talker, I’ve always struggled to adequately put my feelings into words. Equality is something I’ve always felt very passionate about, and I’ve been wanting to create a piece to contribute for some time, but didn’t know how or where to start. When I saw this project come across my Instagram feed, I had a tunnel-vision moment, and I jumped at the opportunity! Creatively and instantly, I saw my UDHR block 90% complete, and thankfully, my Article was still available!

I’ve been working with sequins for a number of years now, making custom back patches and wall-hangings, etc. I wanted something eye-catching and with a good use of colour contrast. 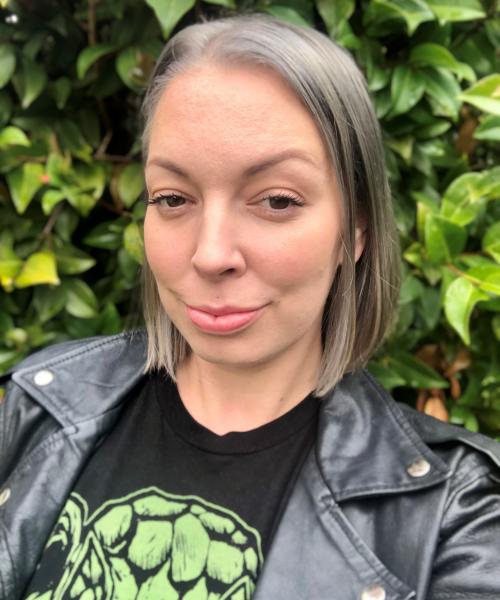 Alicia Alvis’s upbringing was a study of contrasts.

Growing up as the second of three girls, on army ammunition bases around New Zealand, with a bomb technician father and a spiritualist/massage therapist (and champion knitter) mother, Alicia gained the perspective of the complete left-to-right spectrum. Most of her childhood photos are of her holding explosives or modelling a hand-knitted, adult-sized mohair jacket.

She played the drums throughout her schooling and into her early 20s, when she realised she’d rather work behind the scenes than in front of them. She went on to gain her higher education in audio engineering and later received her dangerous goods (pyrotechnics) license, so she could combine her love of detailed fidgety work (wiring), live music events—and ‘blowing s--t up’.

Having moved to Melbourne, Australia, after the 2011 earthquakes in Christchurch, New Zealand, Alicia found herself working at a vintage toys, comics and collectables shop. It was her personal love of 1980s cartoons and action figures that lead her to Los Angeles in 2013 for a He-Man convention, where she met her husband, a US Marine, who is now a successful artist working in the realm of sculpture and high-end collectables.

To make their union official, hoops had to be jumped through, so she put her action figure collection into storage, and set off to New Orleans with her prized Pomeranian, Misfit. Eighteen months of living in the south was an experience for her as a non-Christian liberal. Unable to legally work, she filled her time with raising her stepson, DIY house renovations, crafting up a sequined storm, and becoming a foster-mom to local dogs in need of love and rehoming.

She moved her family back to New Zealand in early 2018, with the fresh news she was pregnant with identical twin girls, who were born at the very end of August.

Her current application to join the New Zealand Fire Service has been put on hold temporarily, so she can grow a couple of creative, compassionate young women, who will be proficient at hand-to-hand combat before reaching kindergarten age.

Other blocks about Article 1 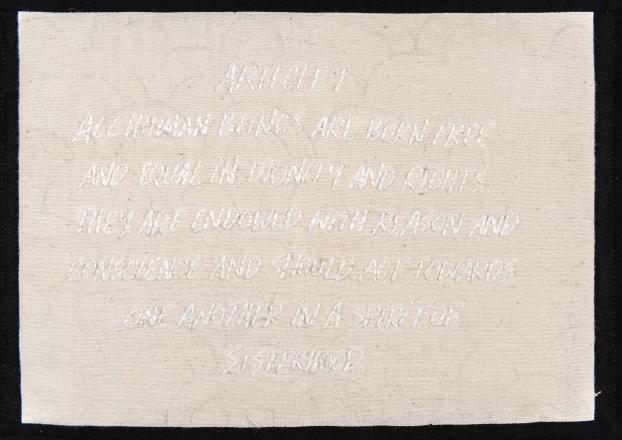 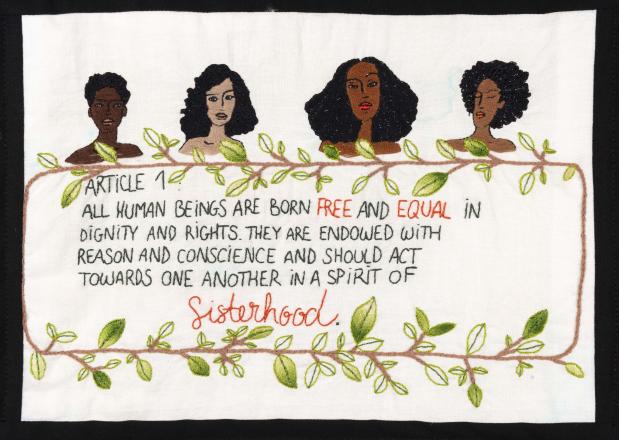 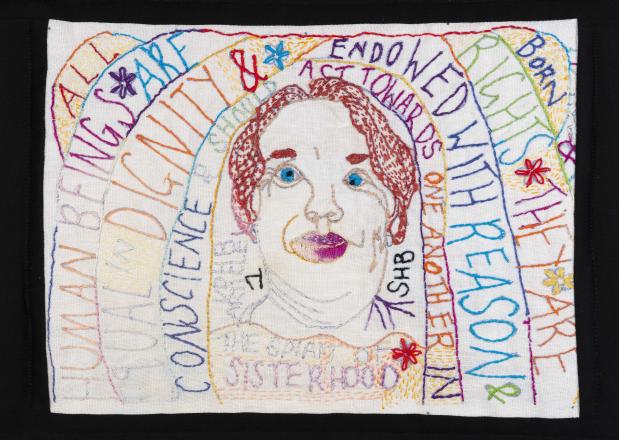