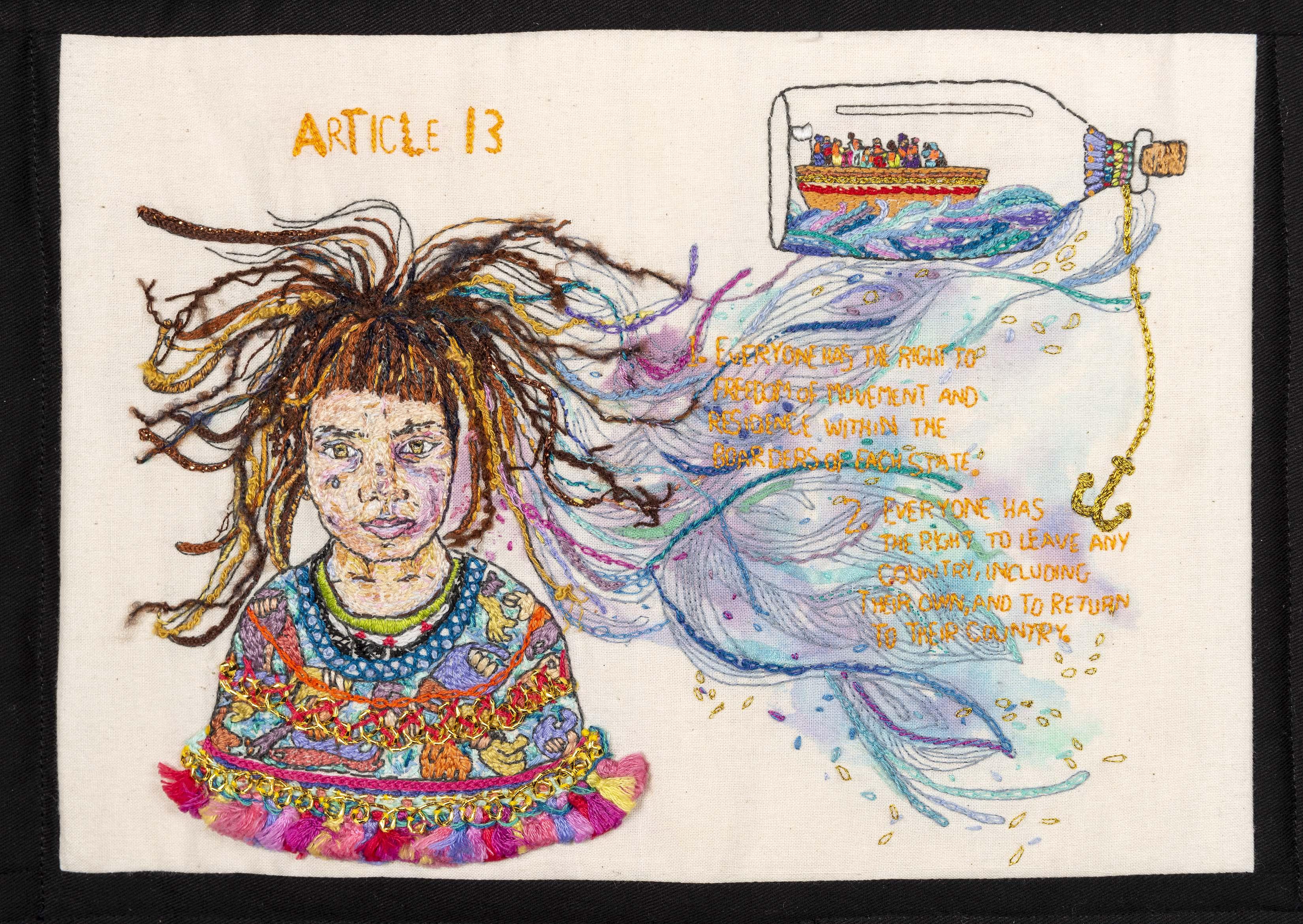 I wanted to draw attention to the Syrian refugee crisis. While in Turkey I saw a young Syrian father with his three children collecting water from the local mosque. One in particular plucked at my heartstrings. She was a little older than my daughter at the time (two years old), messy hair, no shoes and covered in dirt, but she was happy and unaware of the war. I used her as my main inspiration for my block: a visual story of a young girl with her uncertain parents on a boat unsafe and ‘locked’ away in a bottle, sending a message that they are trapped at sea, ‘anchored’ to the waves of their possible deaths.

Many of the embroidery stitches are chain, rope and knotted stitches, symbolising the imprisonment many of these people are facing. The colours are also symbolic. Orange was used to stitch out Article 13 because it is a colour of life jackets.

Jessica McGowan, a textile artist from Northern Ireland, is a pattern-making enthusiast who takes her pattern-making inspiration from 1950’s mid-modern design. She is heavily influenced by the personal and political, experimenting with traditional mediums—mainly hand-embroidery and print—to interpret her story. She creates sentimental patterns using contemporary colours to combine the traditional processes of printmaking and embroidery, in which she deliberately intends to transform her personal experiences into beautifully coloured artworks.

Other blocks about Article 13 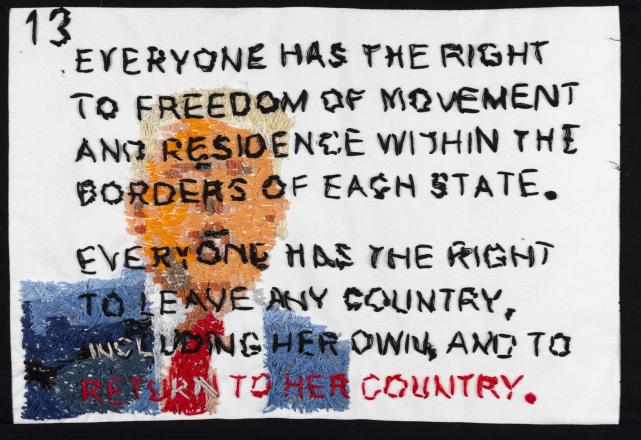 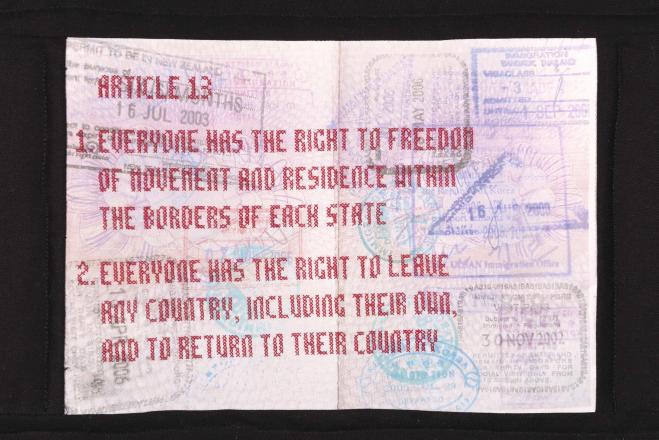 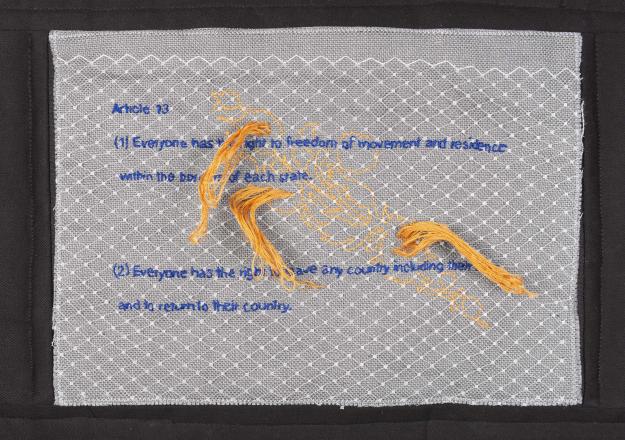