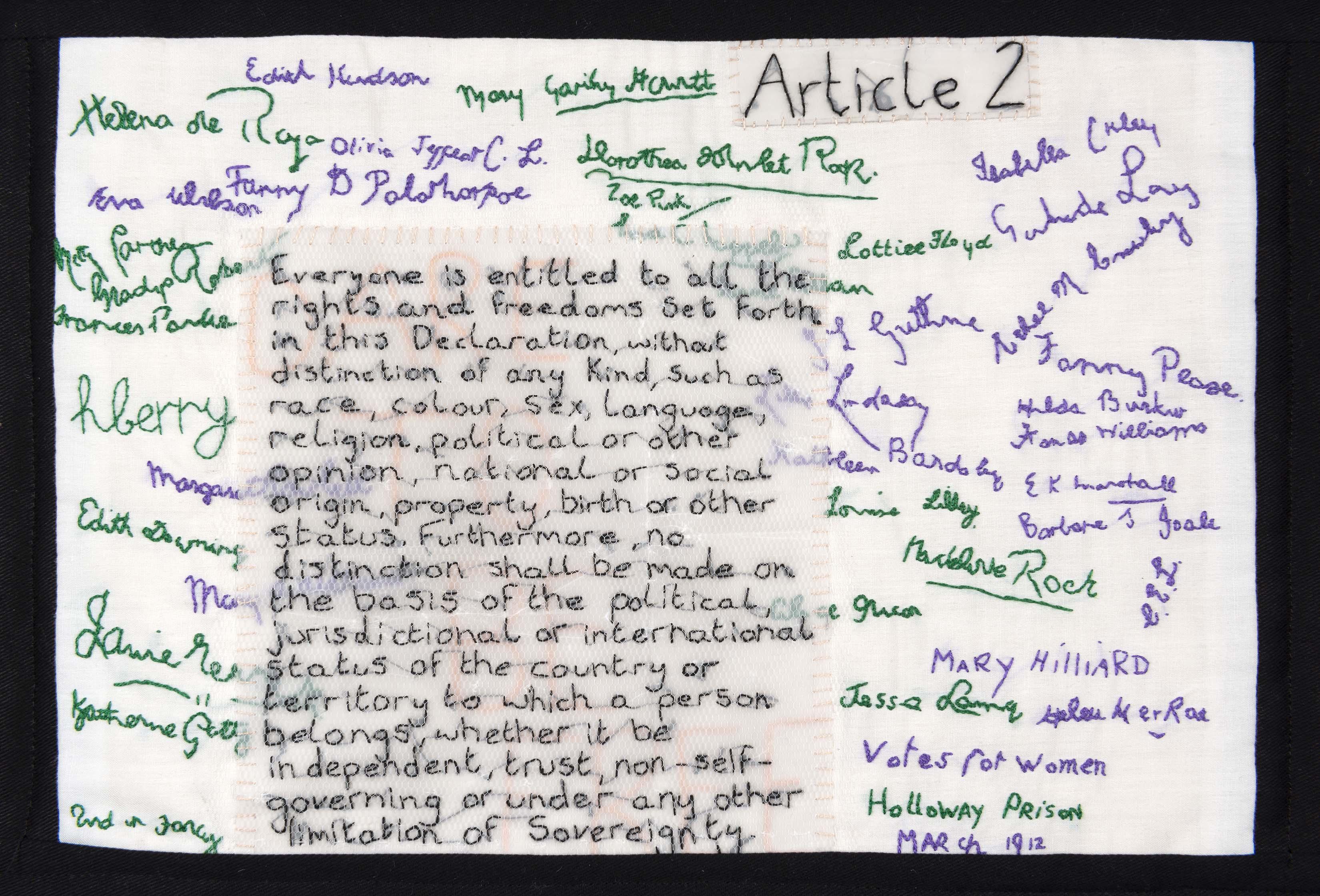 Everyone is entitled to all the rights and freedoms set forth in this Declaration, without distinction of any kind, such as race, colour, sex, language, religion, political or other opinion, national or social origin, property, birth or other status. Furthermore, no distinction shall be made on the basis of the political, jurisdictional or international status of the country or territory to which a person belongs, whether it be independent, trust, non-self-governing or under any other limitation of sovereignty.

Being from England’s north-west, I feel a close association to the UK suffragette movement, as a number of key suffragettes were based here. While in prison, these women participated in an early form of craftivism. Their handkerchief signatures were a statement of solidarity, using what was seen as a feminine pastime to fight for what they believed in.

The signatures on my piece replicate those on a handkerchief, dated 1912 and held at Holloway Prison, to which I added my own signature. Using the same techniques as these prisoners made me feel incredibly close to the subject, and truly appreciate the time and effort that each woman gave, often during hunger strikes.

I utilised the traditional suffragette colours, also as a sign of solidarity with others facing discrimination. Purple represents loyalty and dignity; white, purity; and green, hope. The UDHR Article is stitched on translucent paper to evoke the clouded nature of a society that hides true equality. 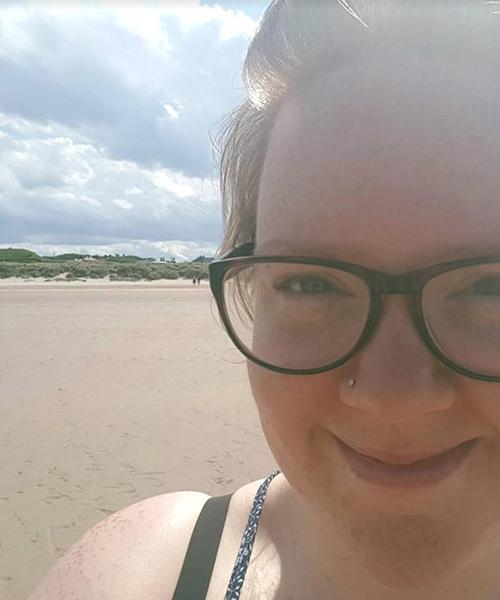 Heather Berry is a book-loving, cross-stitching, true-crime fanatic from Chorley in the north-west of England. She is a library assistant by day (a job she truly loves!) and an assistant Scout leader, and enjoys all forms of creative pursuits. Her favourite activities are museum visits, exploring Northumberland in England and being auntie to the best niece and nephew anyone could ask for: the latter have definitely shaped a need for social change.

Heather is confident in her political and social beliefs, gently advocating for mental health and feminist reforms. While she may not be shouting from the rooftops and protesting in traditional ways, she is embodying the art of gentle persuasion, challenging beliefs on these subjects wherever she can. She hopes that she can continue creating art and embroidery to help both these subjects. This is her first craftivist project but she hopes to participate in many more.

Other blocks about Article 2 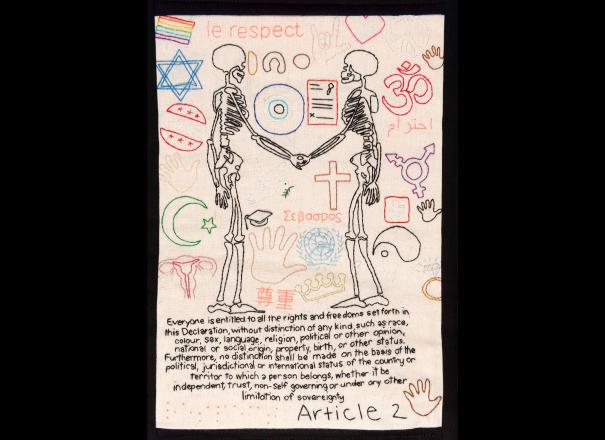 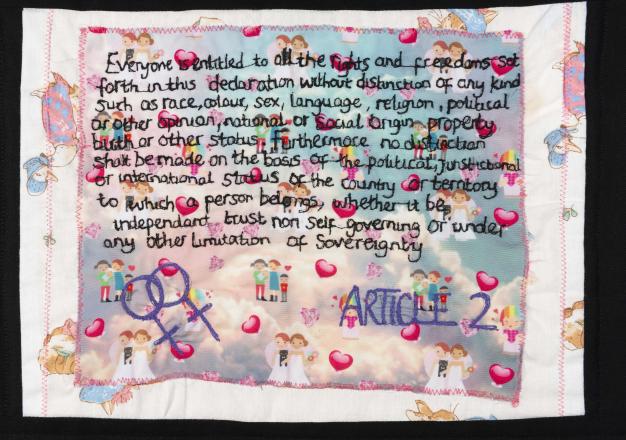 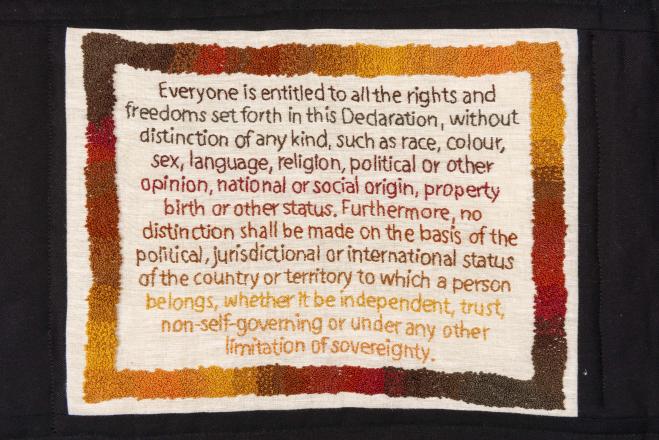