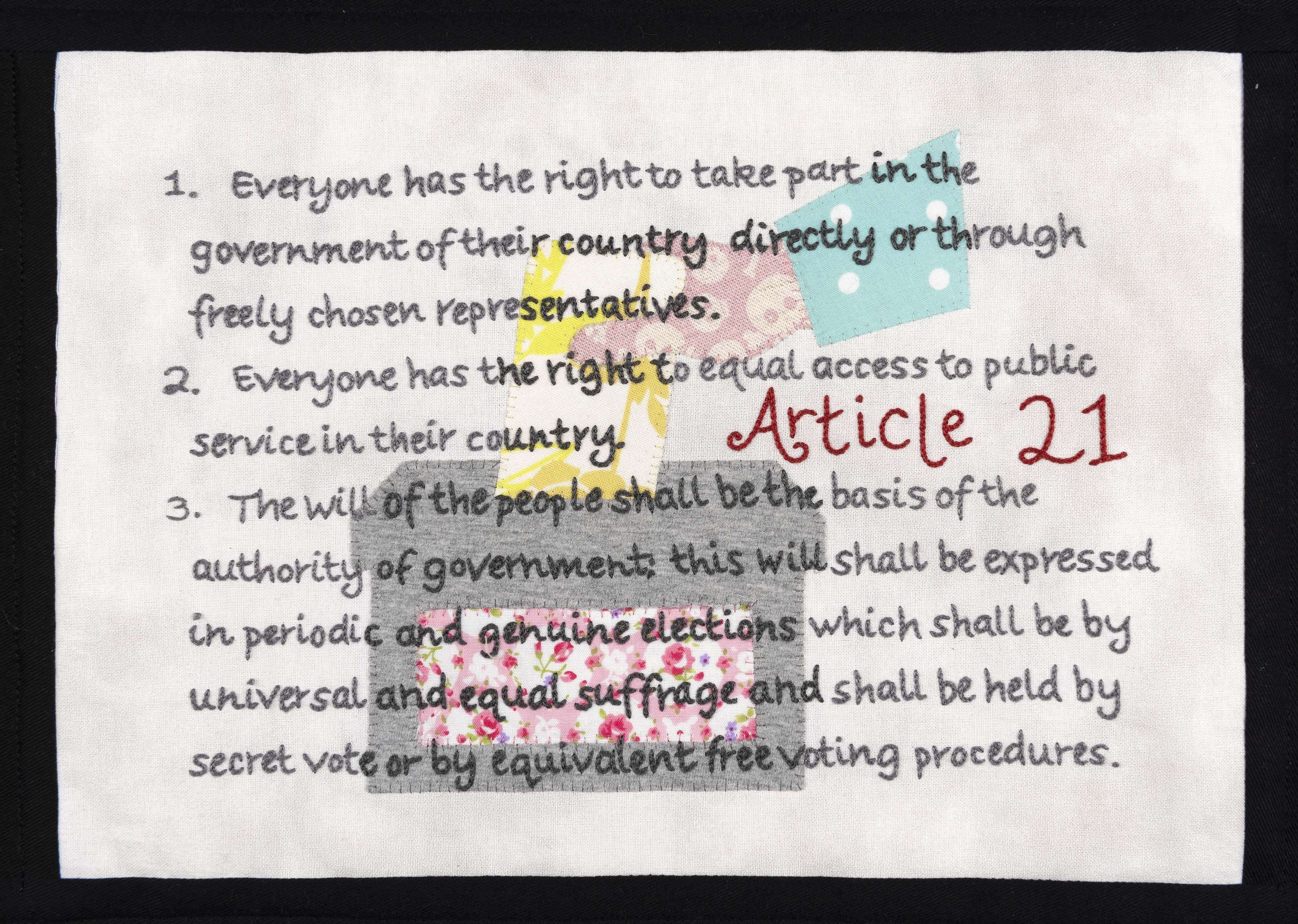 Everyone has the right to take part in the government of his country, directly or through freely chosen representatives. Everyone has the right of equal access to public service in his country. The will of the people shall be the basis of the authority of government; this will shall be expressed in periodic and genuine elections which shall be by universal and equal suffrage and shall be held by secret vote or by equivalent free voting procedures.

I was drawn to this Article because being able to vote was something I took for granted, until that option was taken from me.

Growing up in the United Kingdom, voting wasn’t mandatory so I didn’t pay much attention to the fact I could have a voice to shape my community and government. After I moved to Australia in my thirties I realised my permanent residency didn’t allow me that voice. I was lucky; I became a citizen just in time to vote in my first election. Having the right to a say in that forum has become important to me, but I appreciate not all people have the right.

I portray a sign indicating voting booths. Living in Australia and having worked in customer service, I understand we have a diverse society with people for whom English is not a first language. Inclusion is key, and symbols and images help communicate where words fall short. 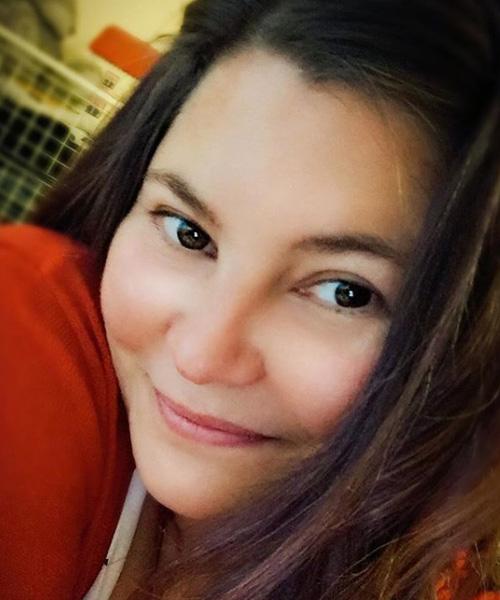 British-born, but now an Australian citizen, Rebecca Ray trained as an apprentice with the Royal School of Needlework, graduating in 2008. She continued working in their commercial studio for a number of years, doing textile restorations and new commissions. Rebecca is a textile artist whose medium is predominantly hand-embroidery. She uses these traditional techniques to investigate contemporary subject matter.

Other blocks about Article 21 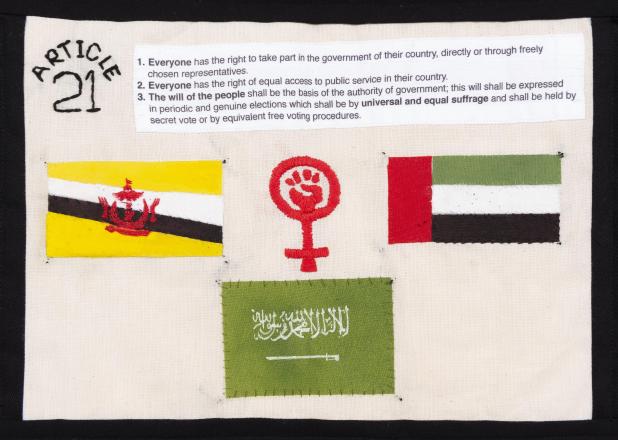 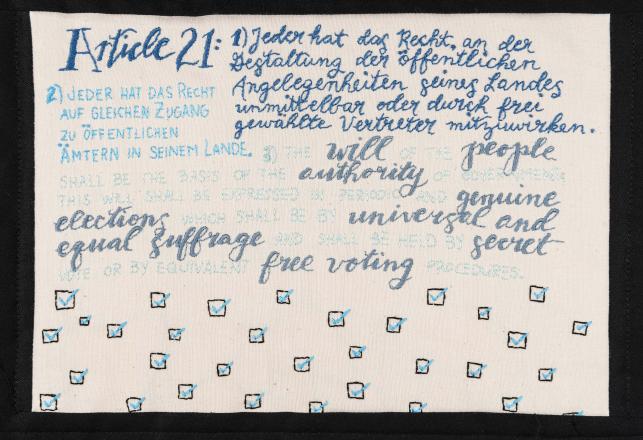 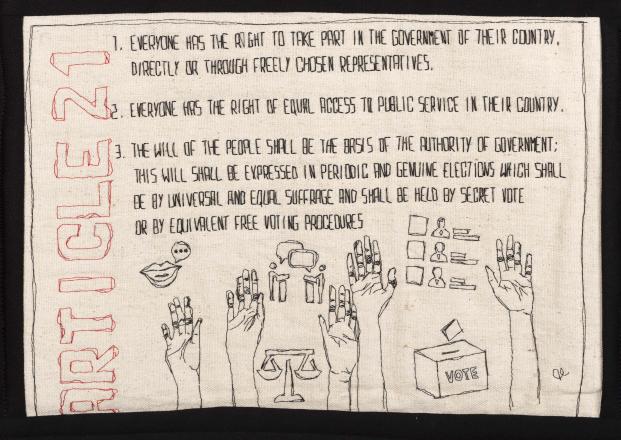