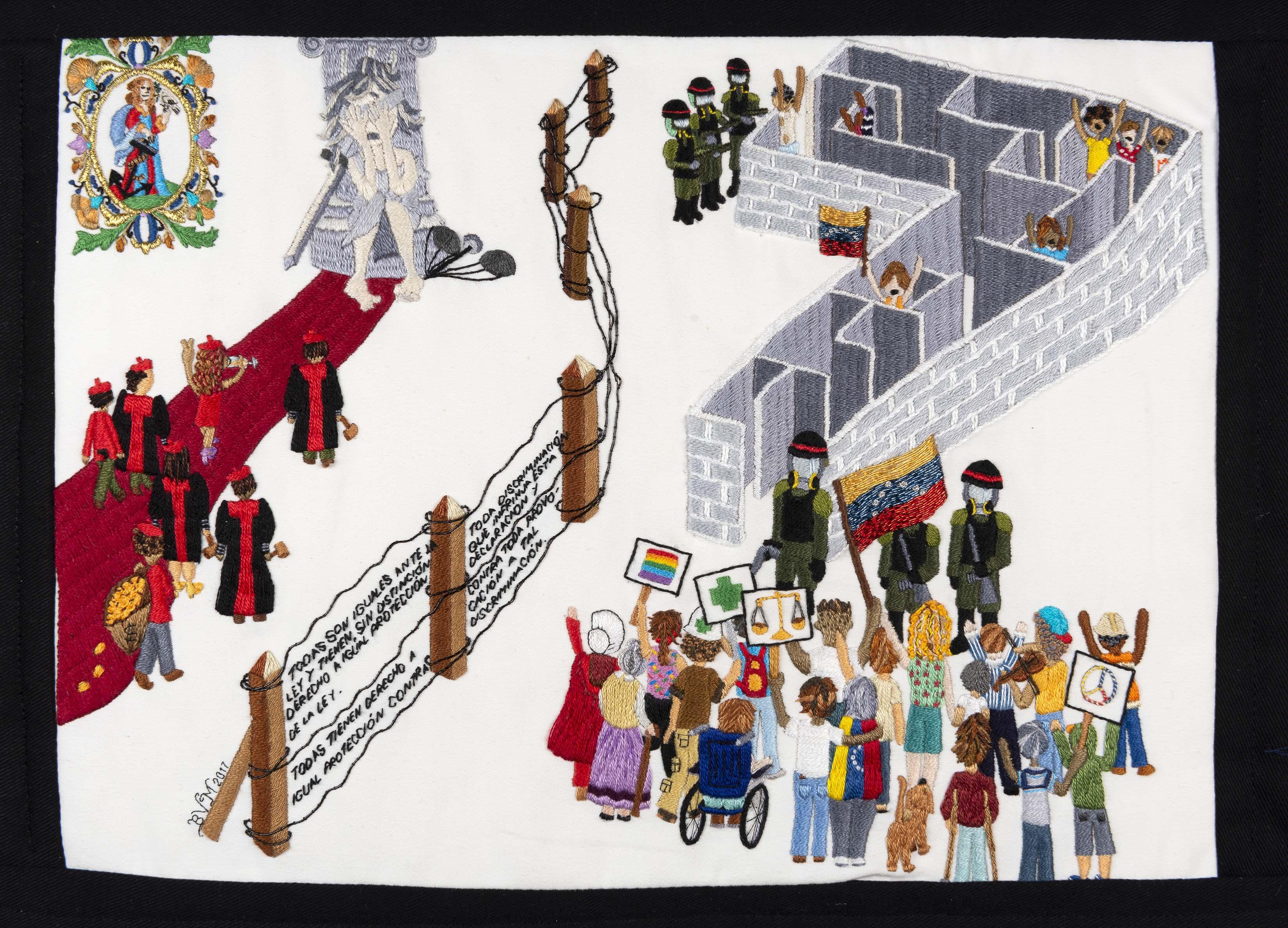 Venezuela is under the siege of a so-called revolutionary government that uses misery and hunger to perpetuate their power.

At the time I embroidered this piece, there were daily protests all over Venezuela by people fed up with excuses and lies. The government responded using deadly force. Over a hundred people died. In many cases, members of Venezuela’s National Guard were the perpetrators. None of them have been jailed or tried for a crime. Seeking justice in Venezuela’s judicial system is as futile as trying to bring the victims back to life. Now most people are too busy trying to survive to think of protesting.

Word about the crisis is spreading and many government abuses are being referred to as crimes against humanity. With my piece, I only hope to help spread awareness. Know that every stitch represents the many that remain suffering, unheard, and desperate—and the many others who were silenced forever. 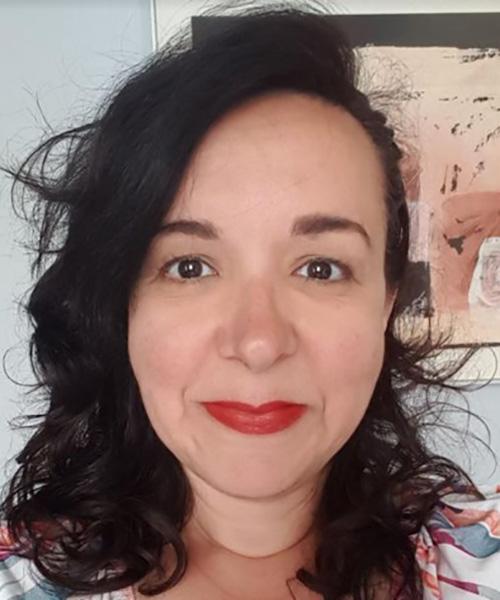 Liv Martin greatly enjoys making and crafting for its value as a means of expression, and as a strange way to soothe and reset herself. Embroidery has become a favourite vehicle to achieve these valuable states of being and, as such, she pursues it fiercely.

Having in the remote past picked up a needle to do lots of cross-stitching, she has recently developed an intense interest in the vast world of embroidery techniques, and she hopes to better explore and learn them in order to add those types of skills to her precarious artistic toolkit.

She was rather pleased to add further meaning to her craft by participating in the craftivist #UDHRquilt Project, and she looks forward to contributing to other projects if the occasion arises.

Other blocks about Article 7 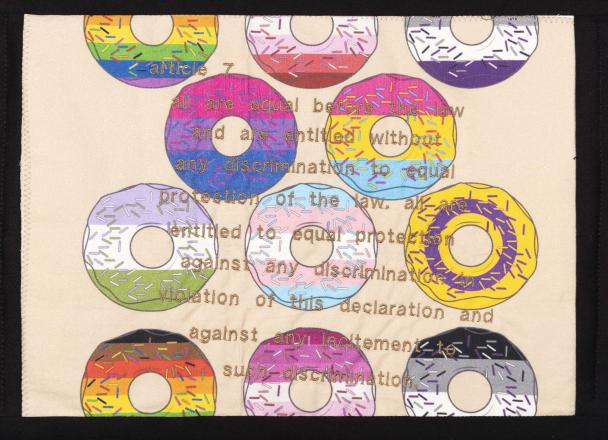 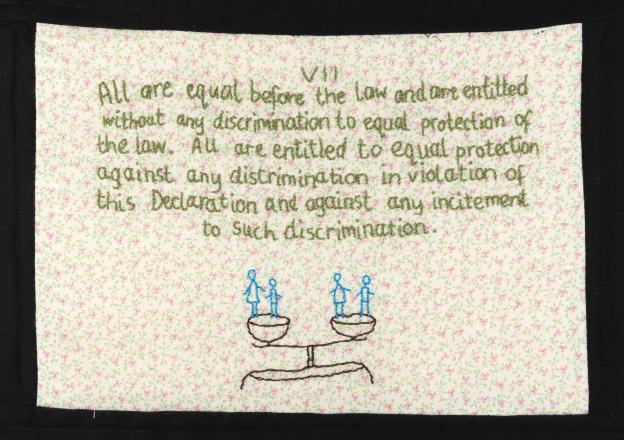 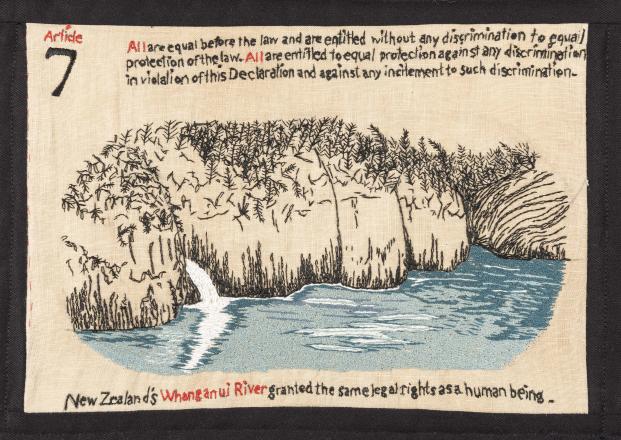